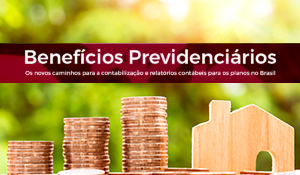 After years of hard work, or in cases of interruption of his professional life, it is known that all that the Brazilian worker wants is to be able to enjoy his rest, as well as make use of the benefits granted to him by law.

According to the latest survey of the Brazilian Index of Geography and Statistics (IBGE), in Brazil there are about 33.1 million workers with a formal contract and a little more than 19 million retirees, according to the Social Security.

In this sense, accounting services and accounting reports in the pension plans are a key element for the safety of the taxpayer who intends to retire safely and peacefully.

What are social security benefits?

In general terms, social security benefits are tools that have as premise the assurance to their beneficiaries or dependents the maintenance and perpetuation of labor rights.

In the country, there are two key classifications of pension plans. They are divided between insured benefit plans and dependent benefit plans.

The insured benefits are those in which the beneficiary collaborates for social security, through the contribution to the National Institute of Social Security (INSS).

The dependent, in turn, is the person who has economic dependence, or even legal of the person insured. Pension for death and confinement are examples.

For the financial measurement of these benefits, the need for accounting and accounting reports arises.

What are accounting reports?

The accounting reports are documents that explain, through technical data, all the information verified by the accounting of the organizations.

In the accounting reports are all cost values, including employee benefits, payable or paid by the company.

The social security benefits in Brazil in numbers:

Published this year, the most recent Social Security Yearbook (AEPS), found that:

In December 2016, the General Social Security System (RGPS) had more than 29 million active benefits, which means a growth of 2.82% over the previous year.

Among the benefits, the contribution time retirement was the one that had the most increase in its statistics: 5.37% in relation to 2015.

The total number of active retirement benefits per contribution time in 2016 was 5.7 million.

The regulation of the accounting reports in the pension plans:

Due to the great importance and influence of social security benefits plans, Brazil has in its legislative framework, NBC TG 33, published in the Federal Official Gazette on December 1, 2014, approved by the Federal Accounting Council (CFC).

The standard was created with the purpose of establishing the accounting and disclosure of benefits granted to employees of organizations.

The law, however, had not yet dealt with the functioning of the financial statements for these benefits.

According to the law, the financial statements of benefit plans should contain, when applicable, factors such as: disclosure of assets at the end of the period appropriately, asset valuation basis, details of any investment of the employer.

The addition of the law was implemented due to the care that must be taken with the financial statements:

Any inaccuracies, such as misrepresentation of a worker’s retirement benefit, can pose serious problems for both the beneficiary and the company itself.

In this way, it is essential to provide services from organizations specialized in the subject.

Maciel Group  and the excellence in accounting services:

Always attentive to the updates of legislation, country and foreign, Maciel Group, throughout its nine years of operation, has its work consolidated throughout the Brazilian territory.

Maciel Group is the only company specialized in accounting auditing to have received the RS Quality and Productivity Award (PGQP).

Maciel Group is known for its expertise in financial statement auditing and advisory services.

By the year 2020, to get an idea, Maciel Group will be meeting the needs of Funcorsan, an integrating part of Corsan, the 16th largest company in the state of Rio Grande do Sul.

Part of the service scope is the study of the assumptions used in the actuarial evaluations of the plans.

The purpose of the paper is to verify if the said biometric, demographic, economic and financial hypotheses, regimes and methods, as well as the other items related to the proposed costing of the benefits plan, including the adoption of interest rates, are adequate to the characteristics of its mass of participants.