Maquila Law: know the benefits of the paraguayan project

Rise in the dollar, constant increase in the cost of labor, competitiveness, financial instability, high tax burden. These are just some of the factors that bring significant concern to Brazilian investors. In this context, entrepreneurs need favorable alternatives to running their business. Therefore, the Maquila Law has emerged, a project that has been going on in Paraguay for more than two decades and in recent years has become a great investment option in the business world, especially for the Brazilian business community.

Created in the 1990s, specifically in 1997, the Maquila Law (No. 1.064/97), regulated three years later, by Decree 9.585/2000, is a Paraguayan project aimed at attracting foreign investors for the insertion of their companies in the country, through the creation of a series of economic benefits to the entrepreneurs of other countries, mainly the Brazilians, due to the geographical proximity of the two bordering countries.

Regarding exports, only a tax of 1% on aggregate capital is charged. This means that if a foreign company, when it is implemented in Paraguayan territory, invests BRL 500.000 for the production of a good and sells it for BRB 750,000, the tax only affects profits, that is, for BRL 250 thousand added after the sale. In addition, other benefits related to the law are:

Note that the sale of products within the country can only happen one year after the company has been installed in Paraguayan territory.

There is also a limit on domestic trade of 10%. The other 90% should be exported.

In addition, the raw materials must be presented and their transformation into product must be 100% made in the maximum period of 365 days.

In addition, companies must have their headquarters outside Paraguayan territory.

In 2017, Paraguay already had 124 companies participating in the project, maquiladoras, as they are called.

80% of these companies are Brazilian. In addition, 50% of the contingent of organizations has settled there in the last 4 years. Shoemaking, textile, plastic and automotive industries are the most commonly found. But it is estimated that it will not be long before the food, pharmaceutical, chemical and leather industries are active in the territory.

The strong presence of the Brazilian companies integrated to the Maquila Law, besides the benefits provided by the project, is very due to the proximity that the countries have of each other, thus, the logistics ends up being easier.

In order to study the possibility of implementing a company in Paraguay, it is essential to have a specialized team that has the necessary knowledge to better assist and guide the organization in its growth objectives.

Maciel Group, in addition to its audit and advisory services, also performs work in the consulting area. All three different areas of operations: financial, operational and investigative due diligence.

With the combination of the first two, the group may be able to make a detailed viability study with your company, analyzing the internal situation of it and the indicatives of the foreign country, thus indicating which are the best strategies for the managers that are interested in expanding its business through the Maquila Law. 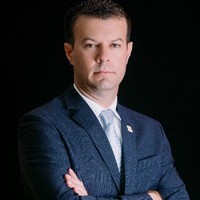