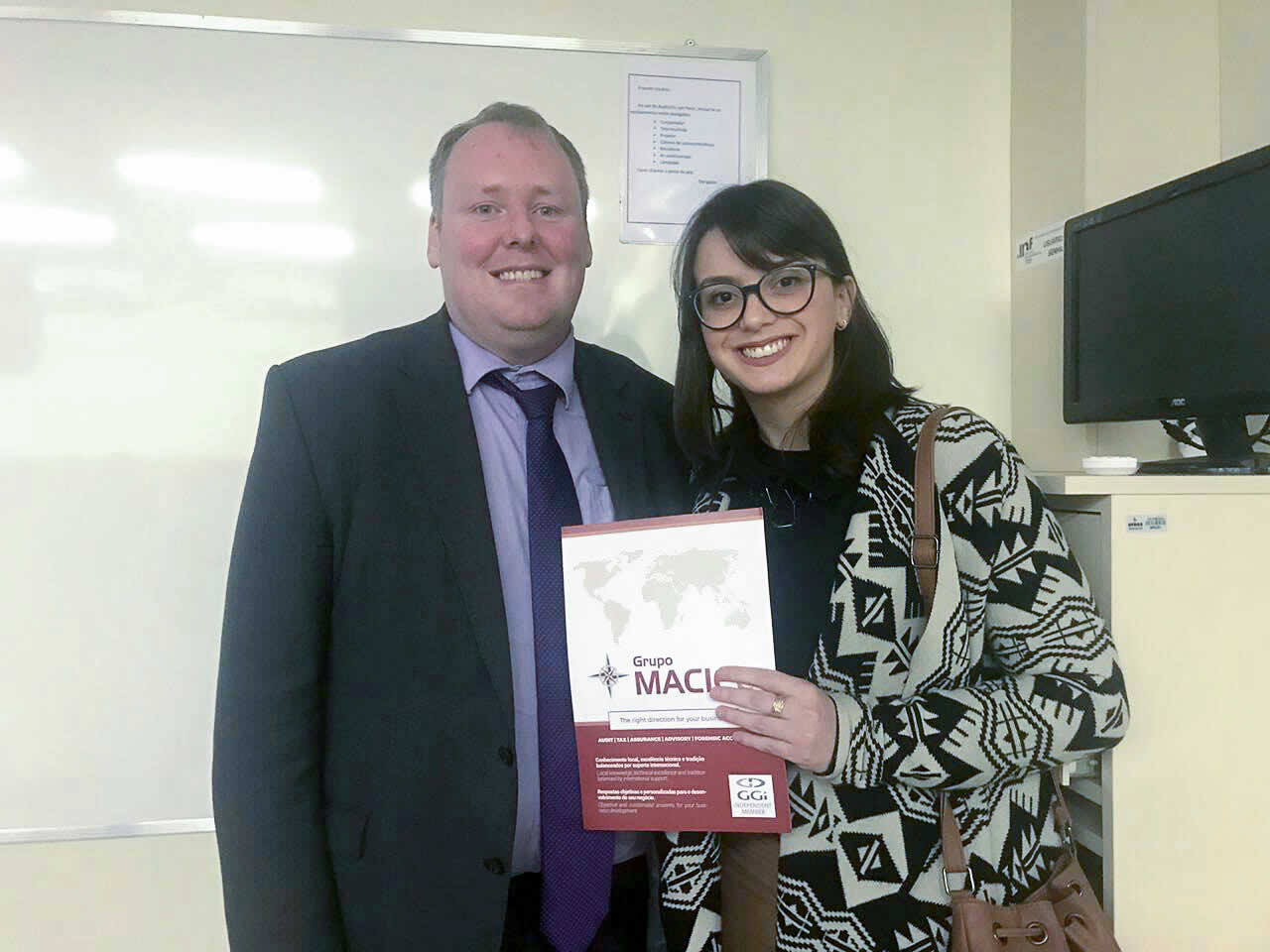 Last week, the Consul-General of Ireland in São Paulo, Barry Tumelty, visited the technological park of entrepreneurship and innovation of the Federal University of Rio Grande do Sul.At UFRGS, the Consul visited the incubators installed in the Vale campus and knew the main activities of the startups that work there with the presence of researchers and entrepreneurs from all areas.Subsequently, Tumelty gave a talk to a small group of guests regarding opportunities in Ireland for researchers and companies interested in innovation and technology.

The consul stressed that interaction with institutions in Ireland allows Brazilian research projects access to European funds for science and technology funding.Mindful of the new milestone of startups, the Maciel Group is concerned with providing Project Audit services. The Audit aims to ensure that the quality, costs and deadlines of a project are being well executed. In this sense, project auditing is preventive and corrective in nature, aiming at correcting inadequate procedures. It is, therefore, a management tool recommended to the most diverse segments. These projects are usually executed because of an agreement between two or more entities, in which one is the grantor of the resource and the other executor of the object agreed upon – a perfect process for those who want to get an idea of ​​the role and to venture into the world of entrepreneurship and innovation startups.

Tumelty said that Ireland’s response to the economic crisis of 2008 was to keep investments in science, technology and innovation, like several startups.After the crisis, he described that the country has been successful in attracting investments from high-tech multinationals, especially in areas such as nanotechnology, biotechnology and the medical industry.

In the context of technological innovation and market growth by Brazilian and Gaucho startups, the Maciel Group stands out for studies that include auditing the economic viability of projects, according to the market reality.According to a study by Expert Market, a Texas startup (USA), Brazil ranks 5th in a list of 15 countries with regard to determining the entrepreneur to undertake. In the survey, the country stands out with a score of 48 on the number of businesses created (on a scale of 1 to 130, in which 1 represents the highest opening rate).These companies are making a difference in the most diverse sectors. Startups have the potential to generate wealth and move our economy by exploring opportunities such as those offered by Irish Consul Barry Tumelty, enhancing knowledge about innovation and entrepreneurship.For this reason, when opening the doors to new businesses, Grupo Maciel follows the premise that is in our DNA: the constant search for updating, growth and social responsibility.